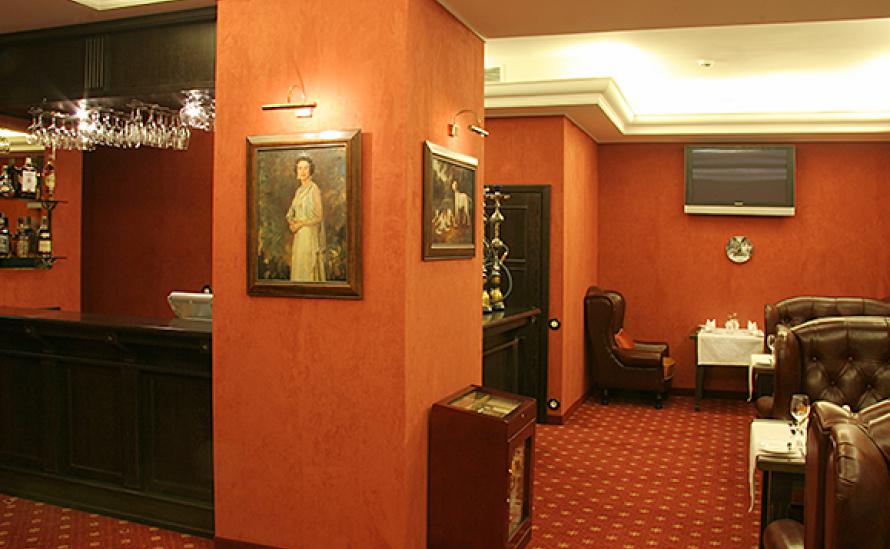 • Check-in in the hotel

Walking tour in Moscow downtown invites you to admire the beauty of the Red Square, the fourth largest square in the world, learn more about St. Basil’s Cathedral, which is considered a fabulous masterpiece of architecture and "the eighth wonder of the world", visit GUM, the main department store that will delight you with its interiors and a large number of designer shops. We also invite you to take a walk in the Alexander Garden.

The Kremlin is a symbol of the Russian statehood, one of the largest architectural ensembles in the world, and the richest treasury of historical relics, architectural and artistic memorials.

• A visit to the Armoury Chamber

The Armoury Chamber, a treasure-house, is a part of the Grand Kremlin Palace’s complex. It is situated in the building constructed in 1851 by architect Konstantin Ton. The museum collections were based on the precious items that had been preserved for centuries in the tsars' treasury and the Patriarch’s vestry. Some of the exhibits were made in the Kremlin's workshops, others were accepted as ambassadorial gifts. The museum was named after one of the oldest Kremlin's treasury stores. 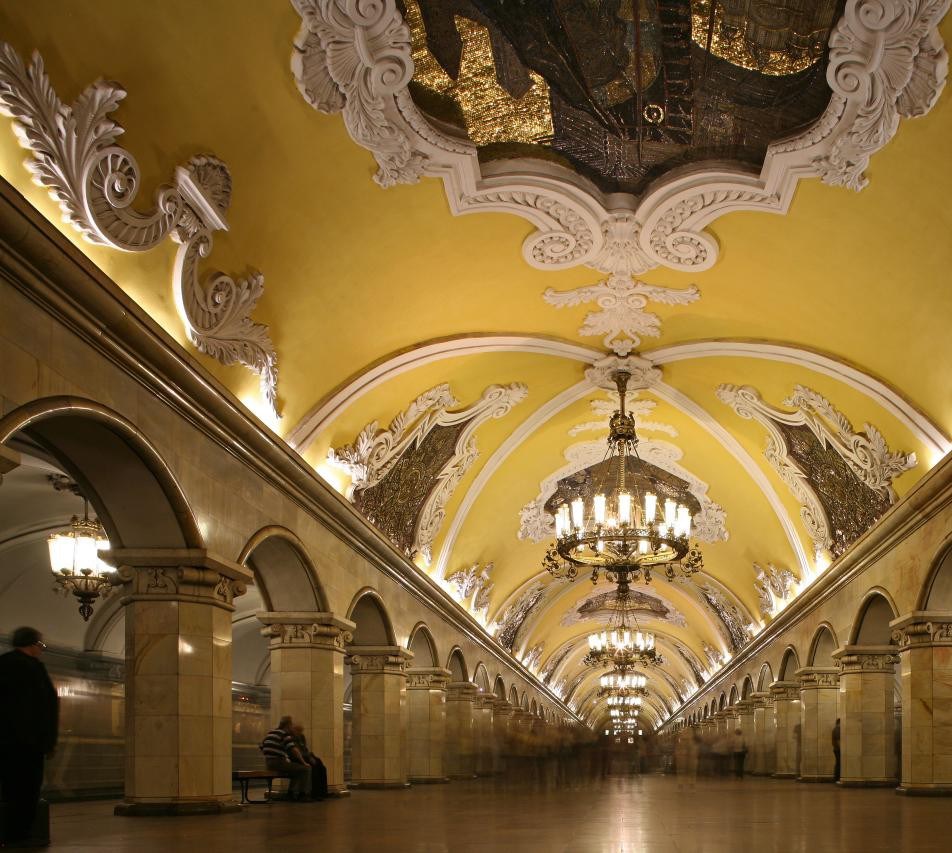 An unusual subcity tour accompanied by a story about the history of Metro and its unique technical features. Many stations are real palaces with marble columns, sculptures, mosaics, stained glass and interesting decorative lighting.

• Coming back to the hotel, free time in the hotel

• Ballet (or opera) at the Bolshoi Theatre or a concert at the Philharmonic Hall. 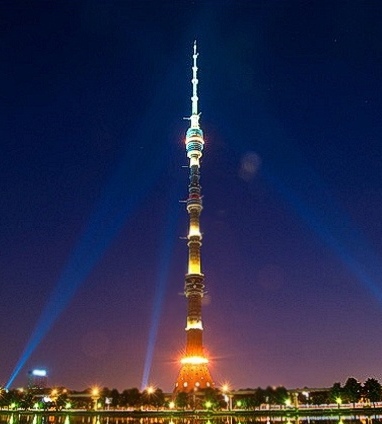 Most, if not all, people are attracted to the world’s best of the best: the world’s biggest, highest, most expensive, most famous, oldest, etc. Whether it is the world’s largest golden bullion kept in the Diamond Fund of the Kremlin, the most expensive car or the highest mountain in the world. Perhaps that is why everyone is so eager to visit Ostankino Tower, the highest point from which you can see the entire Moscow. The tower's height with the spire is 540 m. This is the fifth highest structure in the world.

• Lunch in the city 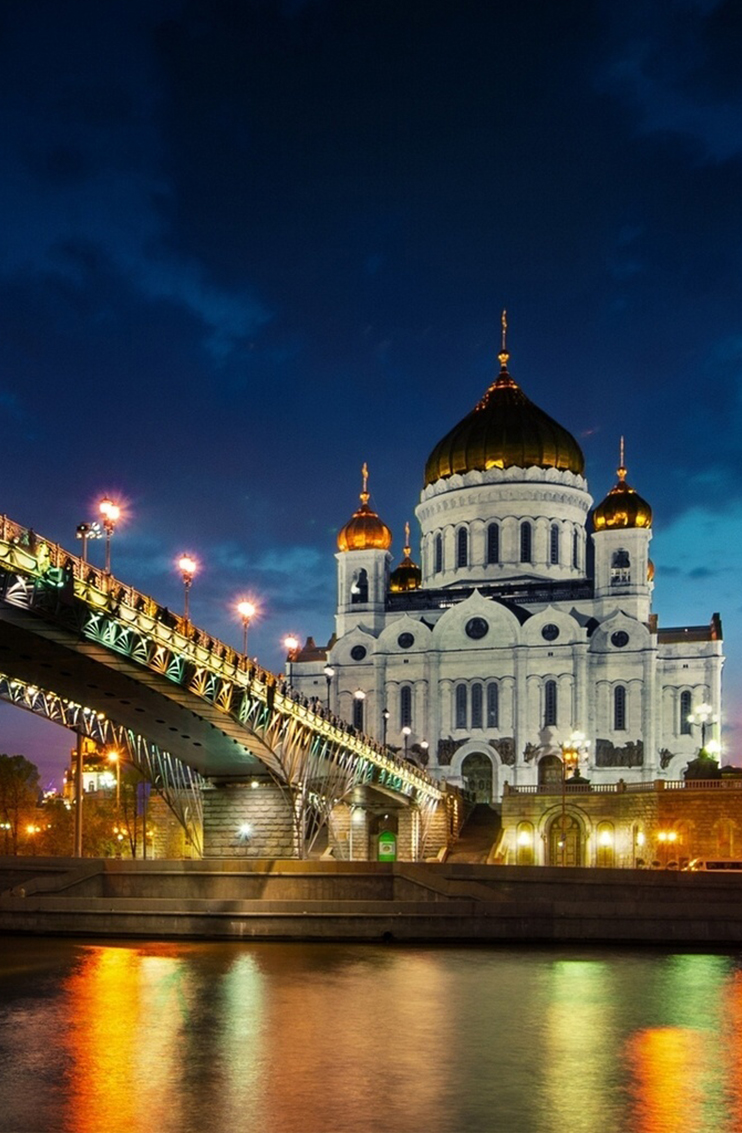 • A tour to the Christ the SaviourCathedral.

You will get acquainted with the artistic decoration of the Christ the SaviourCathedral: you will see the painting of the main dome located at a height of 69 meters. On the top of the dome there is a sacred image of the New Testament Trinity which is of quite considerable size since the diameter of the dome space is 26 meters. During the tour around the Cathedral of Christ the Saviour you will also see a band of frescoes on the main dome, sacred images on the pylons and in the niches of the central part of the Cathedral and its low arches. The iconostasis of the Cathedral of Christ the Saviour is made in the form of an octagonal chapel of white marble. Its height is 27 meters.

•​ Lunch in the city

A walk along Gogol Boulevard towards the Old Arbat (with a stop at the monument to Mikhail Sholokhov).

Arbat, the hallmark of Moscow, is the first pedestrian street in Moscow, a true “souvenir avenue”, a place introducing you to the works of Pushkin, Bunin, Pasternak, and Bulat Okudzhava.

• Coming back to the hotel

• Tour to the Tretyakov Art Gallery.

The Tretyakov Art Gallery is one of the largest museums in Russia and abroad. But in addition to the “official status” of the treasury of Russian fine art, it is a truly popular museum loved by millions of people. P.M.Tretyakov created Russia's first museum of the domestic school of art: “...a publically accessible repository of fine arts that would bring benefit and pleasure to many”.

• Lunch in the city 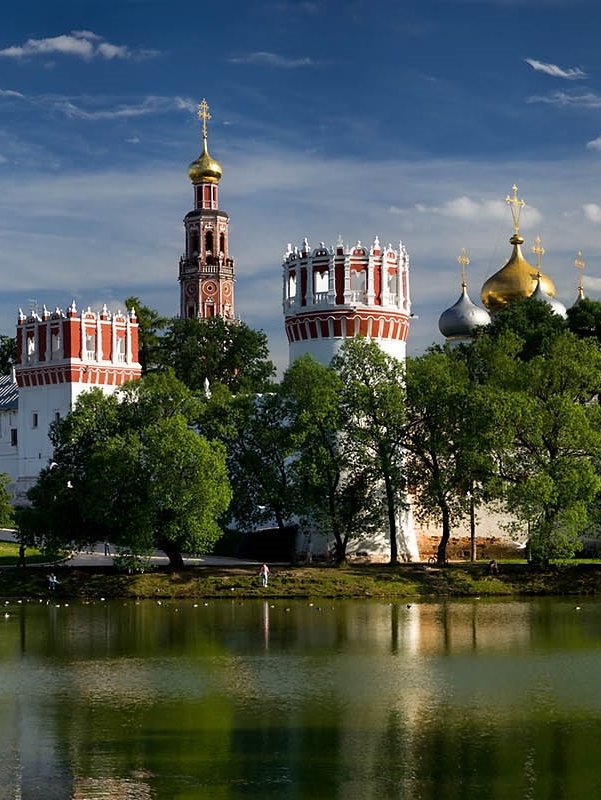 Novodevichy Convent is one of the most famous convents in Moscow. Today it is a convent and an acting nunnery, a historical and architectural monument included in the UNESCO World Heritage List, a branch of the State Historical Museum, and just one of the most serene places in Moscow. The history of the convent is closely related to the history of the miracle-working Smolensk Icon of Our Lady, according to the legend painted by St. Luke with the blessing of the Virgin Mary herself.

•​ Lunch in the city

•​ Shopping (GUM, TsUM or Okhotny Ryad) or a walking tour along the Garden Ring Road (at the tourists’ option).

•​ Dinner at the hotel

• Check-out from the hotel

• Transfer to the airport

Included in the price: